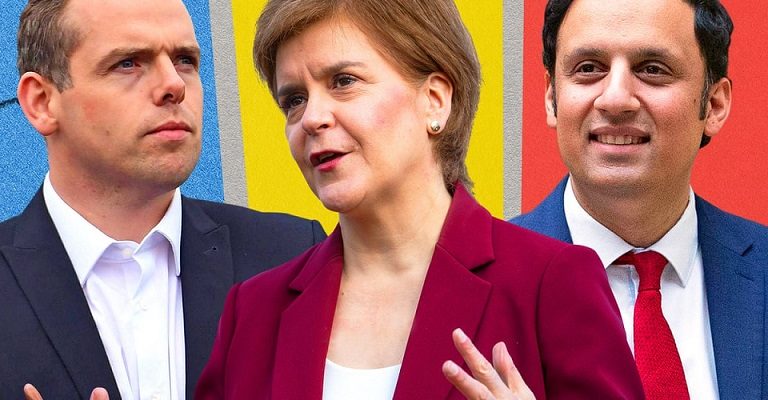 The SNP has high hopes of winning the majority seats in the Scottish Parliament election, but decisions have not yet been secured. The SNP, which has already won three significant hubs in the Parliament, is looking to acquire all the prominent seats in the house by the end of the elections.

The SNP earlier gained Edinburgh Central as well as Ayr. These key regions have resulted in a firm position for the SNP in the Scottish Election of 2021.

Earlier, the SNP also won the East Lothian seat from Labour Party. However, fell short in other targets. The resumption of counting the remaining due seats will once again start on Saturday.

Confrontation with Yousaf has led to the suspension of a Liberal Party member.

One of the Liberal Party members who was seen indulging in a confrontation with the SNP MSP Humza Yousaf has been suspended from the party. The conflict took place at a Glasgow election count where Derek Jackson allegedly started questioning Mr. Yousaf.

The conversation was along the lines of how the women and children of Pakistan are treated. Soon enough, the police arrived and asked Mr. Derek to leave the site while Mr. Yousaf raised the charge against him for targeting ethnic minorities.

Today is the second day regarding the election results in England, and things are going smooth enough for the conservatives. This is similar to what happened on Friday when the conservatives were seen to rejoice in some decisive victories in key territories.

Results are now being assorted as on the second day, and several city mayors are to be announced, including London, West Midlands, and Manchester. Friday was undoubtedly a delightful day for the conservatives where they were seen to pull off victories in Hartlepool while also incurring healthy gains in the Council elections.

Elections 2021: A comprehensive victory for the Conservatives against the Labour Party.

The Conservatives in England managed to pull off a decisive victory against the Labour Party, defeating them in the Hartlepool in the 2021 elections. This victory for the conservatives has led to the election of a Tory MP. Achieving this feat, and the conservatives also managed to create history as something like this had never happened in the legacy of the English constituency.

Jill Mortimer, who is the elected candidate for Tory, defeated Labour rival, Paul Williams. The vote gap between the two competitors was over 7000, which has proven the Conservatives’ dominance in this election. However, the Tories are also reported to make hefty gains from the Labour Party as well.

Champions League: UEFA to consider the options after Turkey is added to the red list Concerning Travels.