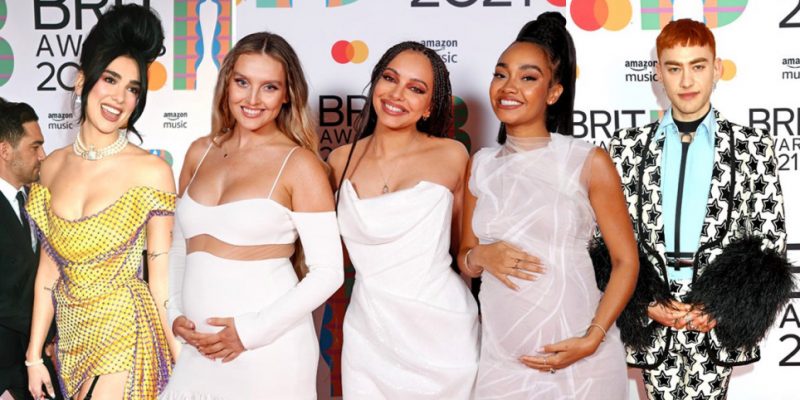 The Brit Awards was previously delayed and set to take place in May instead of February. However, the Brit Awards 2021 is just a few days away, and the stars cannot keep calm. Most of the stars, including Yungblud, Taylor Swift, Griff, Maya Jama, and many more, have been very excited about the Brit Awards in their respective Twitter accounts.

As per many, the Brit Awards 2021 will be one of the biggest musical nights for the year, and close to 4000 people will be accommodated under a government-led program.

Dr. Dre recently posted a picture of his ripped body on social media. Dr. Dre, who is 56 years old, definitely did not understand the meaning of the dad bod, which Will Smith and others were revealing on social media.

So, when Dr. Dre’s turn came, he posted a photo of his ripped body and an obvious six-pack while completely ignoring the dad bod trend.

Lourdes Leon flashes bum in a recent fashion campaign, and it is worth a watch

Lourdes Leon, Madonna’s daughter, has recently been found to shoot several photos as a part of a fashion campaign. However, the fans were particularly shocked and excited about the star’s pictures that contained bum flashes.

Although Madonna is known to be the material girl, Lourdes, has added quite a lot of her spice in the shoot and slain the campaigned with her slick violet dress and towering heels.

David Walliams was found having a very relaxing time with her ex Keeley Hazell in London and both of them have spent the evening together. David Walliams, who is 49 years old, is a judge of the famous show Britain’s Got Talent and has been seeing Keeley for quite some time during the last year.

However, their relationship did not last very long at the time. Kelly, the 34 years old model, was very cozy with David this time, and as per the photos, they might have some unique chemistry building up as well.

Donald Glover, a 37 years old American Rapper, was seen to post a series of tweets from an account recently. Most of these tweets were to dig at the new age creators and actors who are afraid to make anything new because they are afraid of getting canceled. This, according to Donald Glover, has made the new age TV and Cinema very dull.